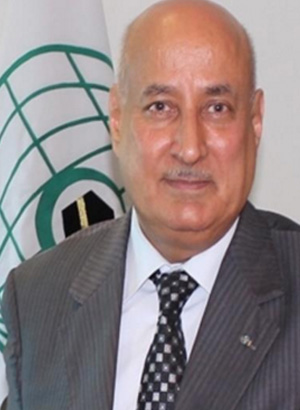 Dr. Abdulaziz Othman Altwairji is the Director General of ISESCO. He is a Saudi Arabian author and lecturer who has served at various posts including Executive Director of “Islam Today”, an Islamic academic journal published in Arabic, English and French; and “AL JAMIA” Journal published by the Federation of the Universities of the Islamic World. Abdulaziz was director general of the Islamic Educational, Scientific and Cultural Organization –ISESCO, served as secretary general of the Federation of the Universities of the Islamic World, was a member of the Royal Al-Albayt Institute for Islamic Thought, Jordan, of the advisory committee of the Arab-Islamic Civilization Encyclopedia, of the World Islamic Forum for Dialogue, of the board of trustees of the Arab-European Centre for Studies in Paris, of the Arab Thought Forum in Amman and of the scientific committee of Prince Abdulmuhsin Bin Jallawi Center for Research & Islamic Studies Sharjah.