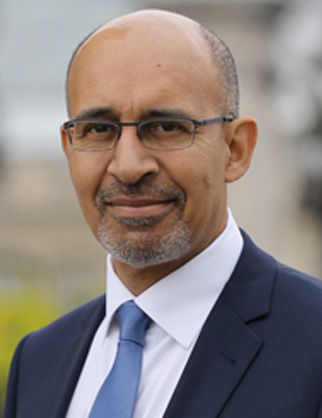 Born in 1959, Harlem Désir holds a bachelor’s degree in Philosophy from the University of Paris 1 – Panthéon-Sorbonne and also studied history at the University of Paris 12, Créteil. In 1984, he founded the SOS Racisme Association and the SOS Racisme international federation, which brings together antiracist associations from countries such as Germany, Italy, Norway, Canada and Brazil. Harlem Désir joined the French Socialist Party in 1982 and became the Party’s National Secretary for Relations with the social movement in 1995. He was National Secretary for Europe from 2003-2005 and for Globalization from 2005-2008. From 2008-2012, he was National Secretary for Coordination. Harlem Désir was First Secretary of the Socialist Party from October 2012 until he became Minister of State for European Affairs in April 2014. Harlem Désir is a passionate about Europe. He was elected to the European Parliament in 1999, 2004 and 2009.