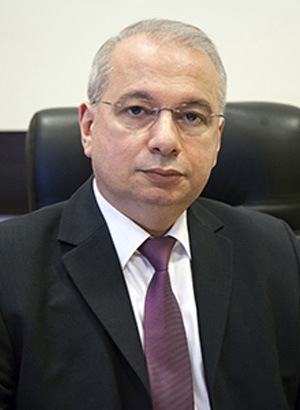 Azer Khalilov was appointed General-Director of the CBC TV (“Caspian International Broadcasting Company”) - first international TV of Azerbaijan - in October 2012. Prior to this, he was Chief Executive of ATV-International TV channel from September 2011 to October 2012. Previously, he was Head of the BBC Azeri Service in London from September 2001 to September 2011. He also worked for the BBC as a producer and correspondent from 1991 to 1996. He graduated from Lomonosov Moscow State University where he obtained PhD degree. Azerbaijani is his native language. He is fluent in English, Russian and Turkish.