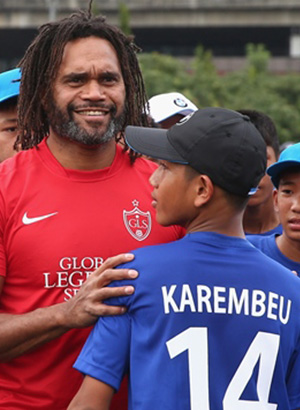 Breakout Session: Save the Dream: Sport for Peace, Sustainable and Inclusive Development
26 April

Aged 17, Christian left his native New Caledonia for a trial at FC Nantes. He developed into a world-class defensive midfielder, helping the club to the 1995 French championship. He earned his first international cap in 1992 and was instrumental in France’s victory in the 1998 FIFA World Cup. Christian joined UC Sampdoria in 1995 and moved to Real Madrid CF in 1997, winning the UEFA Champions League twice in three seasons. After a season spell with Middlesbrough FC, he joined Olympiacos FC and won two Greek title. He retired in 2006. He now serves a special advisor at Olympiacos FC and ambassador for FIFA, UEFA and La Liga.