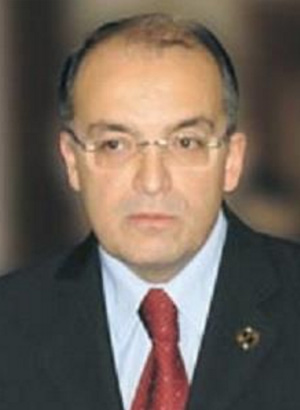 Elshad Nasirov was born in 1960, in Baku. In 1982 he graduated from Moscow State Institute of International Relations. He worked in 1981-1982 in USSR embassy in Afghanistan, in 1982-1985 in Institute of Oriental Studies of the USSR Academy of Sciences. In 1985-1989 he worked at different positions in the Ministry of Foreign Affairs (MFA) of USSR. He worked in 1989-1992 in Soviet Embassy in India. In 1992-1995 Mr. Nasirov worked in the Permanent Representative Office of Azerbaijan in the UN, and in 1995-1997 he was promoted to the position of chief of division in the administration of the MFA of Azerbaijan. In 1997-2003 Mr. Nasirov worked as a chief of the Foreign Economic Operations Department, and in 2003-2005, as a chief of the Marketing and Operations Department of State Oil Company of Azerbaijan Republic (SOCAR). In 2005, he was appointed as vice-president of SOCAR on investments and marketing. Elshad Nasirov is also the vice-president of Association of Football Federations of Azerbaijan.