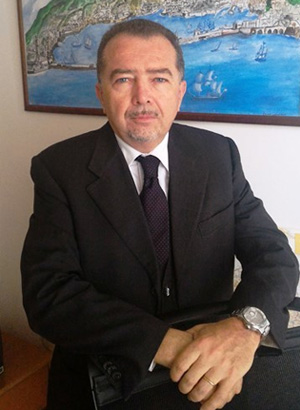 Enrico Granara graduated at the University of Padua in 1978. After a brief experience in the private sector he joined the Italian Foreign Service in 1983 where, during the course of the years, he served in Mozambique, France, Saudi Arabia, Mexico and USA. In March 2008, he was appointed Ambassador to the State of Kuwait. Upon completion of his mandate, in October 2011 he resumed his duties in Rome as Counsellor for International Affairs at the Centre for High Defence Studies (CASD-Ministry of Defence). On July 2013, he was appointed Coordinator of the Euro-Mediterranean Multilateral Activities in the Directorate General of Political Affairs.