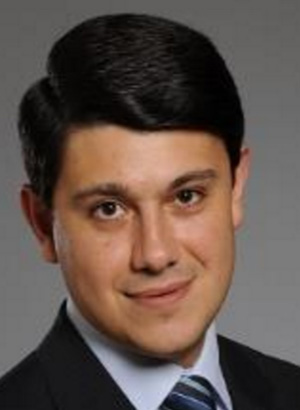 Chair, Youth Committee of the Parliament of the Republic of Azerbaijan

Breakout Session: Youth Participation for Peaceful and Inclusive Societies: the Crucial Role of Partnerships Across Generations and Sectors
27 April

Fuad Muradov was born in Baku, on July 22, 1979. He has graduated from the Azerbaijan State Oil Academy (ASOA). Holds master degree on Environment and Oil Industry from Joint Master Program of the ASOA, University of Nice and University of Genoa in the framework of the EU Tempus Program and holds PhD in chemistry. He is the author of 10 scientific works and monographs. He was elected as Member of Parliament (Milli Mejlis) three times (in 2005, 2010 and 2015). Since 1996 actively participates in Youth movement in Azerbaijan. In 2004 – 2012 he was a chairman of the NAYORA. Since 2008 heading of GOPAC Azerbaijan. Since 2011 he is co-chairman of the Energy Security Committee of the EURONEST PA. During 2011-2015 he was a member of the working group on State Program on Azerbaijani Youth. Since 2012 - Chairman of the “Great Silk Way” International Youth Union. Since 2015 - Head of Youth and Sports Committee of Milli Mejlis of the Azerbaijan Republic.