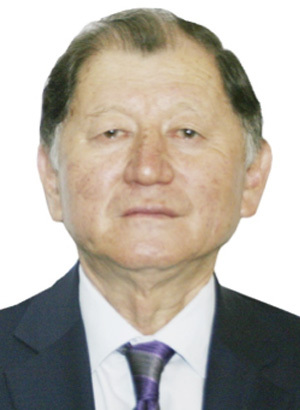 Jakipbek Altaev is one of the leading experts in the field of Kazakh national history and philosophy. Main fields: Philosophy, the history of philosophy, Kazakh philosophy, philosophy of al-Farabi, Islamic philosophy. In 2010, Professor Altayev gave a keynote address at the roundtable at UNESCO Headquarters (Paris), dedicated to the World Day of Philosophy - "Al-Farabi and the European Renaissance." In 2012, at the invitation of the University of Ohio (USA), he gave a course of lectures on the philosophical heritage of Al-Farabi, the history of Kazakh philosophy and classical Islamic philosophy. Professor Jakipbek Altaev is also the author of several textbooks and manuals on philosophical subjects, while actively involved in the practical implementation of modern educational strategies and educational policy.