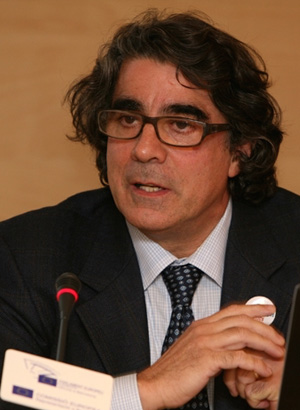 Studied Philosophy at the University of Barcelona and followed graduate studies on Anthropology and Cinema at the Sorbonne University, Paris. He was Media Educator Consultant for the Department of Education of New York City from 1990 to 2007, where he developed Media Literacy Education programs for students, educators and parents. In 2004, he co-founded “Overseas Conversations”, an annual series of international conferences in New York focusing on youth, media and education. He has co-edited, among other publications, “Mapping Media Education Policies in the World”, “Youth Media Visions: Conversations Across Cultures” and “New Opportunities for Media and Information Literacy in the MENA Region.” Since 2007, Mr. Torrent is Project Manager of Media and Information Literacy initiatives at UNAOC.