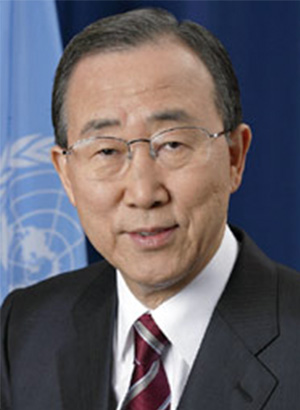 At the time of his election as Secretary-General, Mr. Ban was Minister of Foreign Affairs and Trade of the Republic of Korea. His 37 years of service with the Ministry included postings in New Delhi, Washington D.C. and Vienna, and responsibility for a variety of portfolios, including Foreign Policy Adviser to the President, Chief National Security Adviser to the President, Deputy Minister for Policy Planning and Director-General of American Affairs. He received a bachelor’s degree in international relations from Seoul National University in 1970 and earned a master’s degree in public administration from the Kennedy School of Government at Harvard University in 1985.